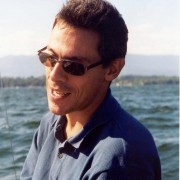 keywords: Stochastic processes and networks for interdisciplinary applications; Networks and complex structures in brain science; Long range interacting systems
Economic complexity:
If we study how different countries produce different products, we find data which look in contrast with standard economic theories: differentiation of production appears much more important than specialization for advanced economies. Studying the network structure of world production through a non­linear pagerank­like approach permits to uncover the hidden potential of growth of countries and to classify the technological complexity of products.
Complex structures in brain and NMR
Human brain is one of the most complex object of study in science and it is characterized by a spatio­temporal multiscale and multilevel structures. Nuclear Magnetic Resonance is the best in vivo tool to study both its 3­d disordered structure and its complex behavior. With this experimental technique, supported by the generalized diffusion theory, we can study the diffusion of water molecules in each cell (i.e. voxel) of a 3­d grid to get 3­d brain mages (DNMR). The same technique is used to analyze the temporal coordination between different regions of the brain during its functioning (fMRI). Network theory then permits to determine the topological properties of this functional network and characterize in the best way the functional connectivity and coordinated behavior of different brain regions.
Quasi­stationary states in long range interacting systems
Particle systems with long range interactions (e.g. self­gravitating gas) present a peculiar behavior which differs strongly from standard short range interacting systems both at equilibrium (e.g. ensemble inequivalence, negative specific heat) and far from it. In particular their out of equilibrium dynamics is characterized by the presence of quasi­stationary states in which the system gets trapped. They are due to the prevalence of collective motion on the two­body collision dynamics which in general drives the system at equilibrium. Its study is still an open issue.
Silvia Gentilini