Active particles, such as motile microorganisms or artificial microswimmers, swim in a surrounding flow, either externally imposed or self-generated. Besides transporting the active particles, the flow velocity change their swimming direction by exerting a shape-dependent torque through the velocity gradients. The complex interplay of flow advection, particle orientation and self-propulsion is fundamental to understand key processes at the crossroad between aquatic ecology, active matter modeling, and nano/micro- technology with application to drug delivery. In this work by studying analytically, with perturbative tecniques, and numerically, with direct numerical simulations of both turbulent and stochastic flows, it was revealed that non-spherical swimmers in moderately turbulent flows tend to swim in the same direction of the underlying velocity field when they are elongated and against it when they are disk-like (see fig. 1). 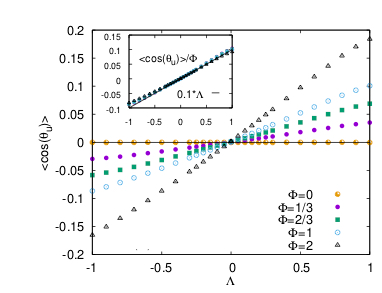 FIG. 1: Average of the cosine of the angle between swimming direction and local velocity as a function of the parameter Λ which controls the particle shape (Λ = −1, 0, 1 for disks, spheres and rods), for different swimming speeds Φ.

The phenomenon is quite surprising and emerges from an interesting mechanism: Non-swimming elongated particles display a nematic alignment with the underlying velocity thanks to subtle time-delayed correlations between the velocity and its gradients induced by flow transport. As soon as swimming is present the alignment turns from nematic to polar (see Fig. 2), thanks to the breaking of the fore-aft symmetry induced by swimming. Another crucial ingredient is the absence of spherical symmetry. 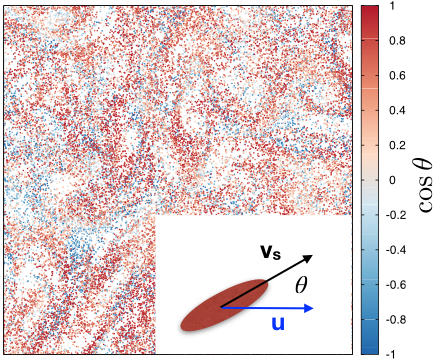 FIG 2: For rods, Λ = 1, it is shown by color the value of the cosine of the
angle between particle swimming direction and local velocity.

Such flow-induced alignment could be particularly relevant to marine bacteria by altering their chemotactic efficiency and more in general the encounter rate of differently shaped microorganisms. Furthermore, alignment is active also in the presence of a mean flow and can thus alter dramatically the dispersion properties of microrganisms which is relevant to ground- water filtration and remediation, and biomedical fluids. Finally, it can be speculated that such an alignment can be present also in dense suspensions where it can provide an additional mechanism for the build up of non-trivial collective motions.

Photo by Shifaaz shamoon on Unsplash