Biological systems displaying collective behaviour are characterized by strong spatio-temporal correlations, which partly transcend the multiform diversity of their microscopic details, much as it happens in statistical physics systems close to a critical point. 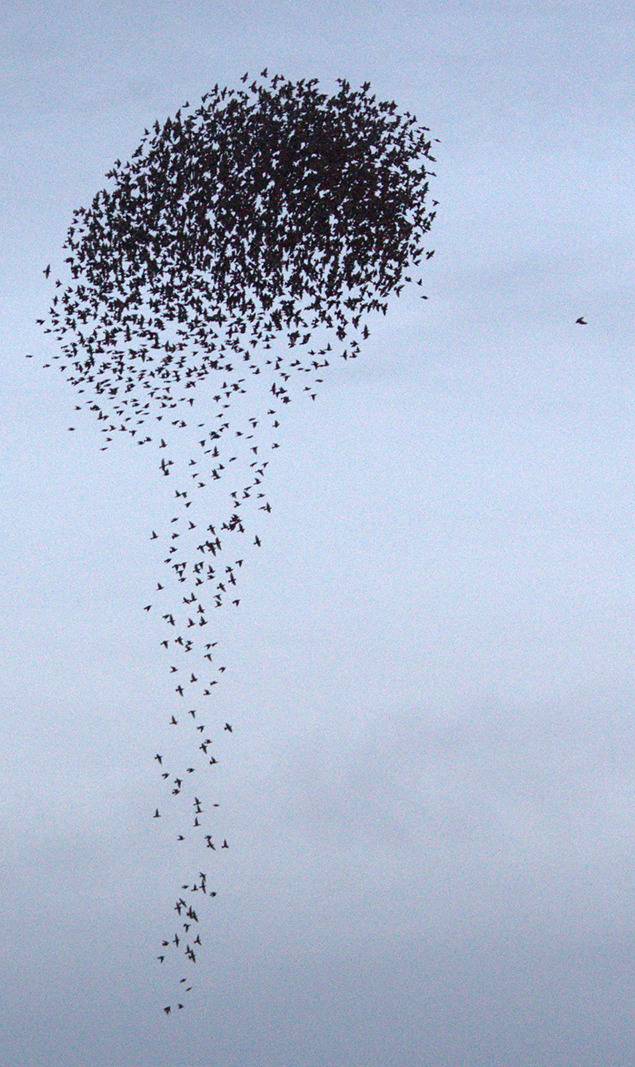 The emergence of large-scale patterns from local interactions between the many elements of these biological systems suggests that it is possible to extend the great predictive power of theoretical physics to this alley of biology.
Recent experiments show that collective biological systems conform to a hallmark of statistical physics, namely scaling. Scaling laws have been found to be valid both at the static and at the dynamic level, although with critical exponents unlike any known model. Building on the experimental evidence of strong correlations and scaling laws, the aim of this project is to develop a novel Renormalization Group (RG) approach to strongly correlated biological systems, with the purpose of classifying into new universality classes the collective phenomena of life.

The key theoretical idea of this method is to study the out-of-equilibrium effects in a new effective and inertial theory able to reproduce the characteristic features of collective behaviour experimentally observed, as linear mode propagation and critical properties of both orientation and speed. The RG allows us to go beyond the hydrodynamic regime of small fluctuations, thus pushing theoretical prediction into the critical region of the parameters, where the correlation length scales with the system’s size, a region experiments show to be inhabited by several biological systems. The new field theory is built starting from the role of effective symmetries in giving rise to weakly conserved quantities and non-dissipative terms. To assess their stability under the RG flow is the main task, together with exploring the deep connection between equilibrium and off-equilibrium effects in the rescaling procedure of such field theories.

Through an RG approach to collective behaviour we hope to define universality classes. However, universality must be experimentally tested. This is the reason why, in this project, theory is always combined to experiments on various biological systems. New experimental campaigns on flocks (starlings, swifts), swarms (midges, mosquitoes) and cell colonies represent a fundamental part of the global work in order to test the validity of scaling in these systems and to support the theoretical method of the project. To reach this objective, the experimental technique reaches the frontiers of the field of computer vision with highly performing tracking algorithms and new 3D dynamic systems to collect data.