Blog - Latest News
You are here: Home1 / News2 / Photonics and the Nobel Prize in Physics – News and Views on Nature...

ISC director, Prof. Claudio Conti and Prof. Eugenio Del Re  share their thoughts on  the role of  photonics experiments in the development of complex systems and spin glass theory. Read the full story  on Nature Photonics News and Views. 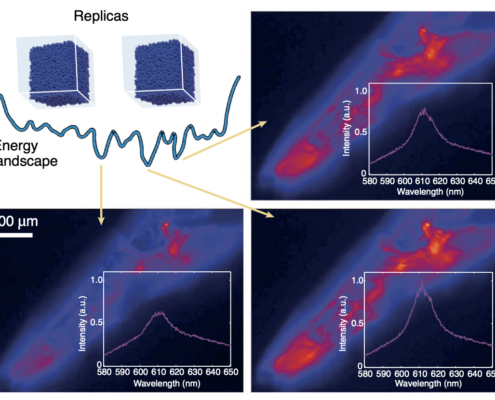 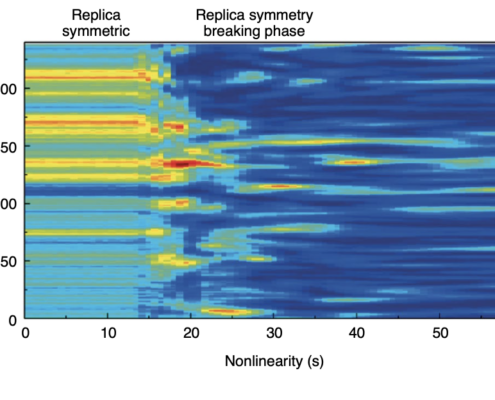 In nonlinear optical beam propagation, above a threshold nonlinearity the output intensity distribution undergoes a transition to a strongly fluctuating regime.

In both cases the observed statistical distribution P(q) of the Parisi overlap shows a signature transition to a double-peaked shape demonstrating replica symmetry breaking.