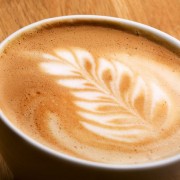 The term “soft matter” refers to a very large class of materials, whose common characteristic is that they are composed of mesoscopic particles, i.e. particles with typical sizes ranging from 1 nm to a few microns. These particles are normally dispersed in a solvent, whose molecules are much smaller in size (typically of atomic dimensions). In addition, the solution may contain other small objects, such as polymeric chains, salt ions, etc. Altogether, this family of systems is also called “complex fluids” or “colloidal suspensions”.

Colloids are abundant in everyday life. From mayonnaise to blood and from ink to smoke, soft matter is what we are made of and what we use in countless industrial applications in the chemical, pharmaceutical and food industries. The term soft refers to the fact that the typical interaction strength experienced by the colloidal particles, which can determine for example the formation of a perfect crystal, is not much larger than the thermal energy, so that a small deformation leads to the melting of the structure.

Colloidal suspensions can form all sorts of thermodynamic phases, in full analogy with those observed in simple (atomic or molecular) liquids. An effective description of the dominant particle-particle interactions, which integrates out the fast degrees of freedom of the solvent and of the small additives in solution, leads to the treatment of the colloidal particles as a sort of super-atoms, which still obey the laws of statistical mechanics and are amenable of phase transformations into gases, liquids and crystals. In addition a large variety of non-ergodic solid states, commonly named colloidal gels or glasses, can be found.

Indeed, the extreme tunability of colloid-colloid interactions, by means for example of depletion forces, i.e. forces that are purely entropic in nature and entirely controlled by the added co-solutes, or by the manipulation of electrostatic interactions through the addition of salt, provides the possibility to extend the range of observed phases well beyond those available for atomic liquids.

In recent years, soft matter systems have been exploited for a bottom-up approach to self-assembly into desired target structures. Through the control of the microscopic particle-particle interactions, which now includes also the possibility of directional and anisotropic (or patchy) models, these particles can be used as building blocks of a new generation of materials.