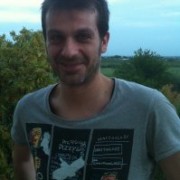 keywords: collective animal behaviour; non-equilibrium statistical mechanics; inference; modeling; simulations
My background is in theoretical and statistical physics.
Before and during my PhD, under the supervision of Giorgio Parisi and
Elisabetta Scoppola, I worked extensively on disorder systems with a
focus on optimization algorithms which are inspired by analogy between
Spin Glass and NP-problems. Meanwhile, during my collaboration with
Andrea Cavagna as part of the STARFLAG (2008) project I developed a
strong interest in complex systems and collective behaviour.
After my PhD, under the supervision of Irene Giardina, I became a
senior research in SWARM (2010) project.
Recently, as part of the project “Advanced modeling of social
behaviour of humans stem cells”(2014), I am starting an exciting
collaboration with Giorgio Parisi and Paolo Bianco.
Elisabetta Vuzza