Blog - Latest News
You are here: Home1 / News2 / Science: Mapping out a future for ungulate migrations

The article shows how limited mapping of mammalians migrations hampers conservation  and envisions a digital archive translating migration data into actionable migration maps that are standardized, in a central database, and publicly available.

Migration of ungulates (hooved mammals) is a fundamental ecological process that promotes abundant herds, whose effects cascade up and down terrestrial food webs. Migratory ungulates provide the prey base that maintains large carnivore and scavenger populations and underpins terrestrial biodiversity, (see Figure below). When ungulates move in large aggregations, their hooves, feces, and urine create conditions that facilitate distinct biotic communities. The migrations of ungulates have sustained humans for thousands of years, forming tight cultural links among Indigenous people and local communities. Yet ungulate migrations are disappearing at an alarming rate. Efforts by wildlife managers and conservationists are thwarted by a singular challenge: Most ungulate migrations have never been mapped in sufficient detail to guide effective conservation. Without a strategic and collaborative effort, many of the world’s great migrations will continue to be truncated, severed, or lost in the coming decades. Fortunately, a combination of animal tracking datasets, historical records, and local and Indigenous knowledge can form the basis for a global atlas of migrations, designed to support conservation action and policy at local, national, and international levels. 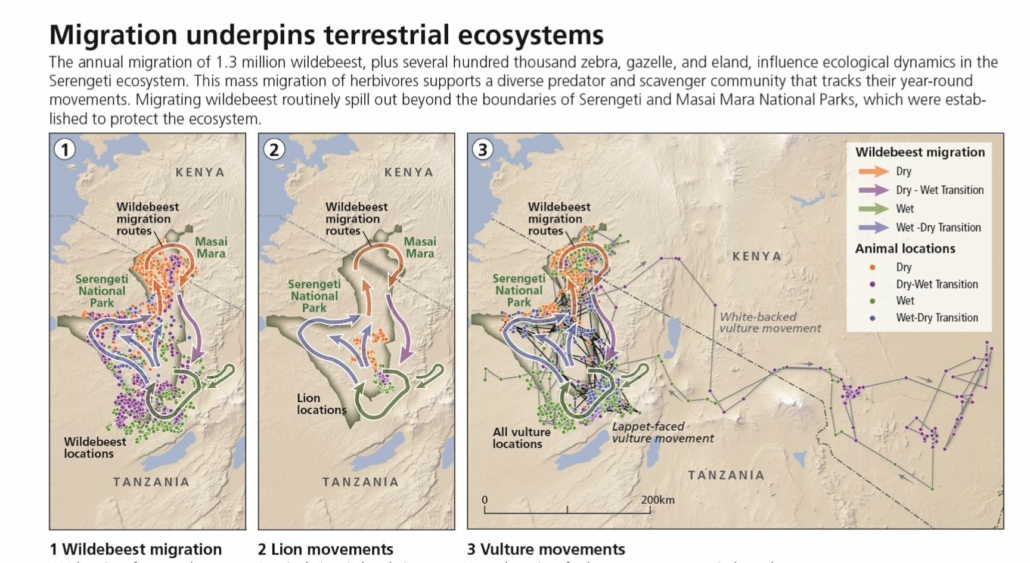