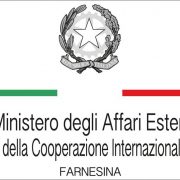 Recent advances in 2D materials paved the way to the realization of a robust and tunable superconducting (SC) phase, with an enormous potential for the development of quantum technologies for metrology, information processing, and ultra-sensitive detectors. This is the case for the superconductor-to-insulator transition, tuned either by disorder in thin films or by the external gate voltage in artificial heterostructures. To understand these phenomena new experimental and theoretical tools are needed, able to cope with topological excitations, which change the nature of the transition in 2D systems with respect to its bulk counterpart. Indeed in 2D the SC transition belongs to the Berezinskii-Kosterlitz -Thouless (BKT) universality class, where the breaking of the SC order is driven by the unbinding of topological vortex excitations. In addition, at strong magnetic field the vortex lattice in a SC film mimics itself a solid, and its melting transition simulate the order-disorder structural transition in 2D. This scenario becomes even richer since superconductivity usually competes with localization effects due to disorder. The present project aims at reaching a full understanding of the topological SC phases in 2D systems, by fostering an already strong collaboration between two leading groups in the field, namely the theory group in Rome lead by L. Benfatto and the experimental group in Mumbai lead by P. Raychaudhuri. From the theory side, the group in Rome will investigate the basic mechanisms responsible for the interplay between superconductivity and disorder on the behavior of vortices in 2D. From the experimental side the team at Mumbai will use its expertise to grow and characterize quasi-2D SC systems under different conditions of disorder, temperature, and external electrical/magnetic field. The fine control resulting from such a combined experimental and theoretical approach can have a significant impact in the ultimate realization of new devices.