The investigation of the electronic properties of graphene (single hexagonal layer of carbon atoms) has attracted a renewed interest after the development of recent techniques which permit to produce and manage single-layer (and also multilayer) samples of this materials. Nowadays truly atomic single-layer isolated samples are available as well as epitaxially grown graphene on substrates.

A large interest, for its potential technological applications, concerns the investigation of optical and transport properties of both single-layer and multi-layered graphene, which are dominated by its so-called relativistic Dirac-like electronic structure (see Figure on the right).

In single layered graphene, indeed, the valence and the conduction bands are formed by the pz orbitals of the carbon atoms arranged on the two sublattices A and B of the honeycomb lattice. When the two sublattices are electro-statically equivalent the two bands meet at the K (K) points of the Brillouin zone, leading to a zero-gap semiconductor with two conical bands k±=±vF|k|, where vF is the constant Fermi velocity, and with linearly vanishing density of states (DOS). An additional feature of such massless linear dispersion is its chiral character in the sublattice orbital space, in similar way as the chiral spin structure in spin-orbit systems. The vanishing of the DOS at the Dirac point has profound consequences on several properties, as for instance the poor screening of the Coulomb interaction and the linear decrease of the quasi-particle lifetime with decreasing energy or temperature. Moreover the vanishing of the density of states at the Fermi level strongly suppresses localization effects in the presence of impurities, leading to a minimum and finite “universal conductivity” in the neutral case where the chemical potential EF is at the Dirac point. Apart from the Dirac-like linear dispersion, chirality is also an extremely interesting feature in these materials, giving rise for instance to the absence of backscattering and to unconventional effects on the localization and anti-localization processes. Interesting features appear also in the examination of different properties as function of the charge carrier concentration n, which can be tuned by means of electric field effects. Quite peculiar is the observation, as function of n, of an anomalous integer quantum Hall effect. Although many of these unconventional features are at the moment satisfactorily explained in terms of the available theoretical models for graphene, other important experimental aspects are up today not fully controlled or understood and they call for further detailed investigations, even in the perspective of technological applications. One of these open issues is the existence, and its possible physical origin, of a gap at the Dirac point, observed in epitaxially grown graphene on substrates by means of Angle-Resolved PhotoEmission Spectroscopy and discussed also by

using optical measurements. Related with this issue is also the observation of a gap at the chemical potential in doped samples. Of fundamental relevance from the technological point of view it is also the control of transport mechanisms. Graphenes are indeed systems with extremely high mobility µ ~  m2/Vs, which is limited by the presence of different scattering channels. Understanding and controlling such scattering channels appears thus of the highest importance for optimising transport properties. Within this context, debated open issues which still require a satisfactory understanding are: the report of a minimal conductance at the Dirac point which is 3-4 times larger than the predicted universal one; the linear dependence of the conductivity  on the gate voltage Vg and hence on the carrier density n; the low temperature behavior T < TBGin doped samples; the doping dependence of the linear temperature behavior of  for T > TBG.

Researchers of ISC-Sapienza are currently working on this field. In our activity investigated many electronic, transport and spectroscopy properties of single layer and bilayered graphene.  We studied for instance the  dependence of the optical sum-rule in bilayer systems as function of doping and we showed that the sum-rule is only weakly by the opening of the gap induced by he gate-voltage. We have also analyze the angle-resolved photoemission data in epitaxially grown graphene which show a opening of the gap at the Dirac point, whose nature is not clear system. Different interpretations of such feature have been advanced.  In this context we proposed a phenomenological model, based on the opening of a massless gap, which permits to explain several controversial issues.We have also investigatd the robustness of the Boltzmann theory of transport in doped graphene, in particular for what concerns the relevance of the transport angular 1-cos?. We have shown that, although the multiband chiral character questions the straightforward applicability of the Boltzmann theory, transport properties are still characterized by such angular factor which stems from the strict relation between scattering in the momentum and the chiral space. 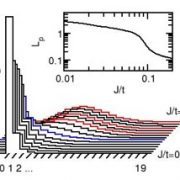 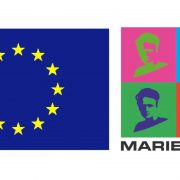 Spin-orbit interaction and spintronics
Role of microscopic chaos to macroscopic transport Total gravitational force and the classification of long range interactions
This website uses cookies to improve your experience. We'll assume you're ok with this, but you can opt-out if you wish.Accept Read More
Privacy & Cookies Policy
Necessary Always Enabled
Scroll to top