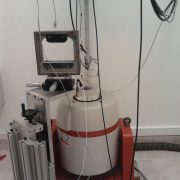 Since July 2010, the Granular Dynamics Laboratory is operative – originally in room “010” and (from november 2012) –  in room “012” (ground floor of Fermi Building of the Physics Department) at the Sapienza unit of ISC. The laboratory includes two main experimental setups:

Details of setup 1: the camera frames are sent, through a camera-link cable, to a framegrabber embedded in the personal computer, where they are directly stored in the pc ram. The pc is equipped, at the moment, with 10Gb of ram, which allows to memorize about 10^4 frames without interruption. The sample receives ligth from a “led dome” which is designed to uniformly distribute lighting on the system. 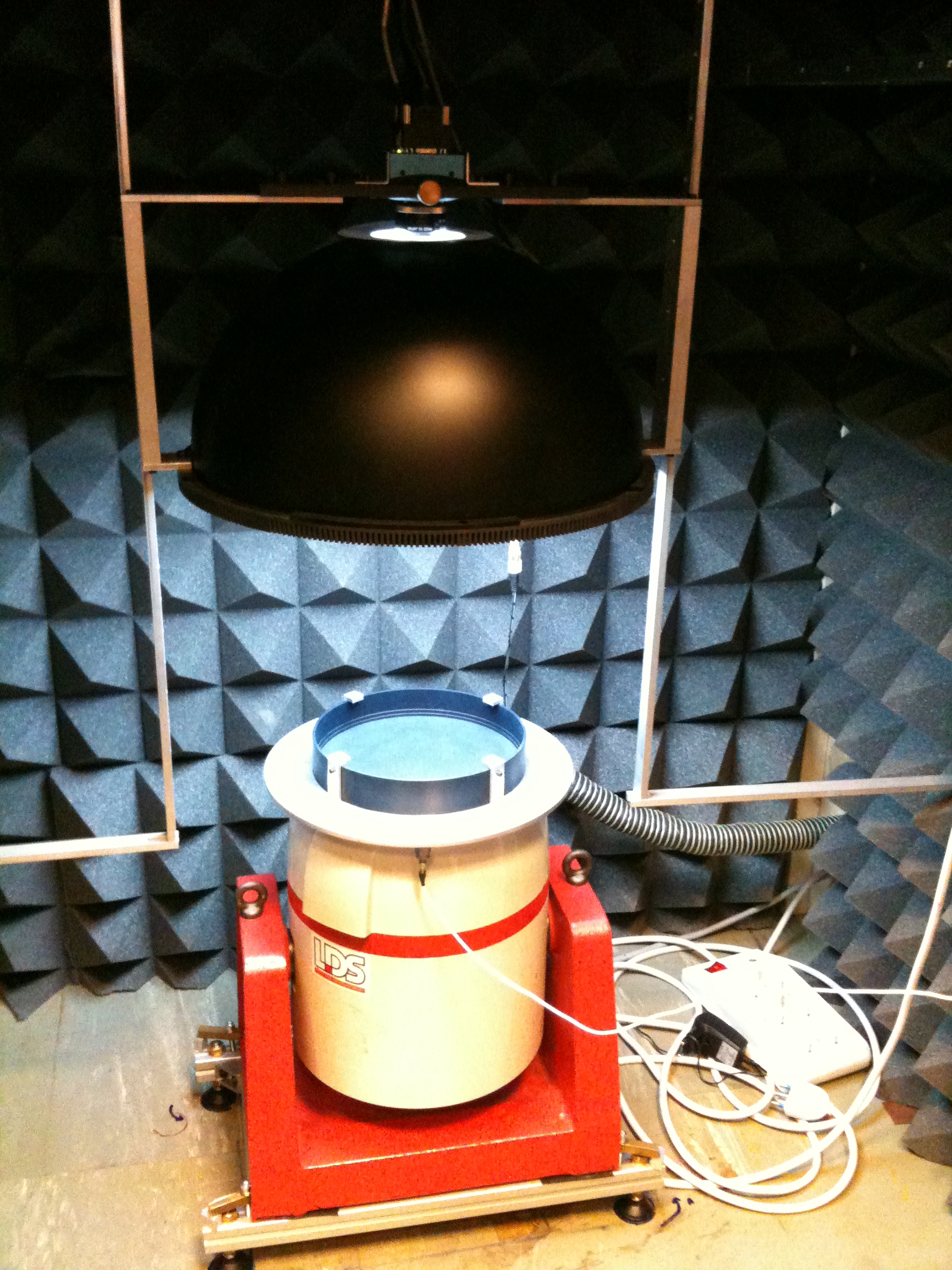 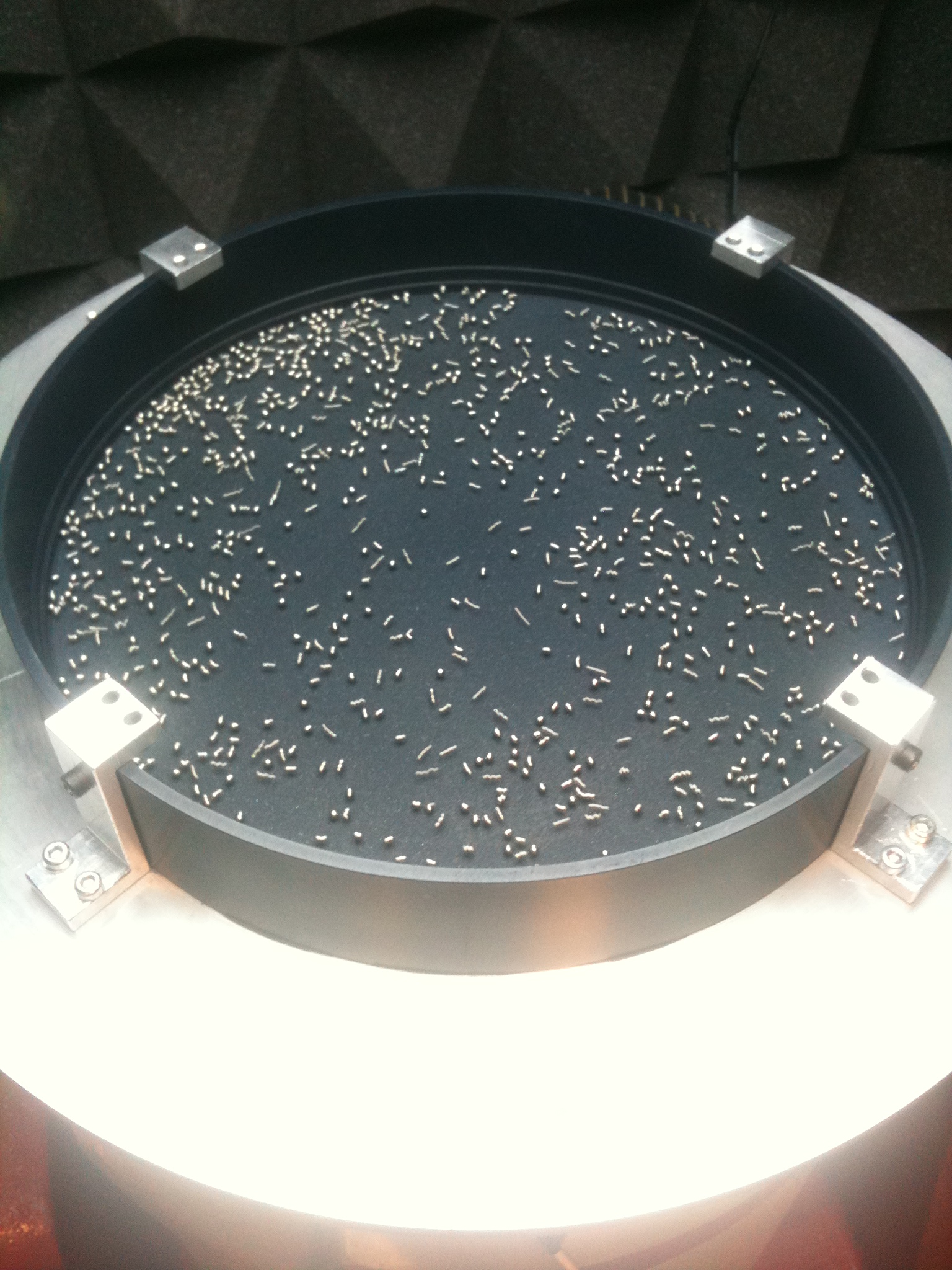 The picture shows one of the first used experimental setups, conceived to produce a granular 2D fluid/solid: spheres (delrin, glass or steel, diameter ranging from 1mm to 4mm, packing fraction from 0 up to 0.9) are placed over a horizontal aluminium plate with boundaries preventing spheres from getting out. The plate has a finely rough surface (on a scale smaller than the sphere diameter). The shaker gives vertical motion to the plate. Vertical energy is transfered to horizontal motion of the spheres through plate roughness and through sphere-sphere collisions. An example of the fluid granular state can be found in the following video:

The two papers covering experimental results (density and velocity structure factors, explained by fluctuating hydrodynamic theory) with such a setup are

A second series of experiments with the same shaker and a different geometry: the granular gas is now in 3D in a cylindrical container. A rotating blade is suspended from above and performs granular brownian motion. 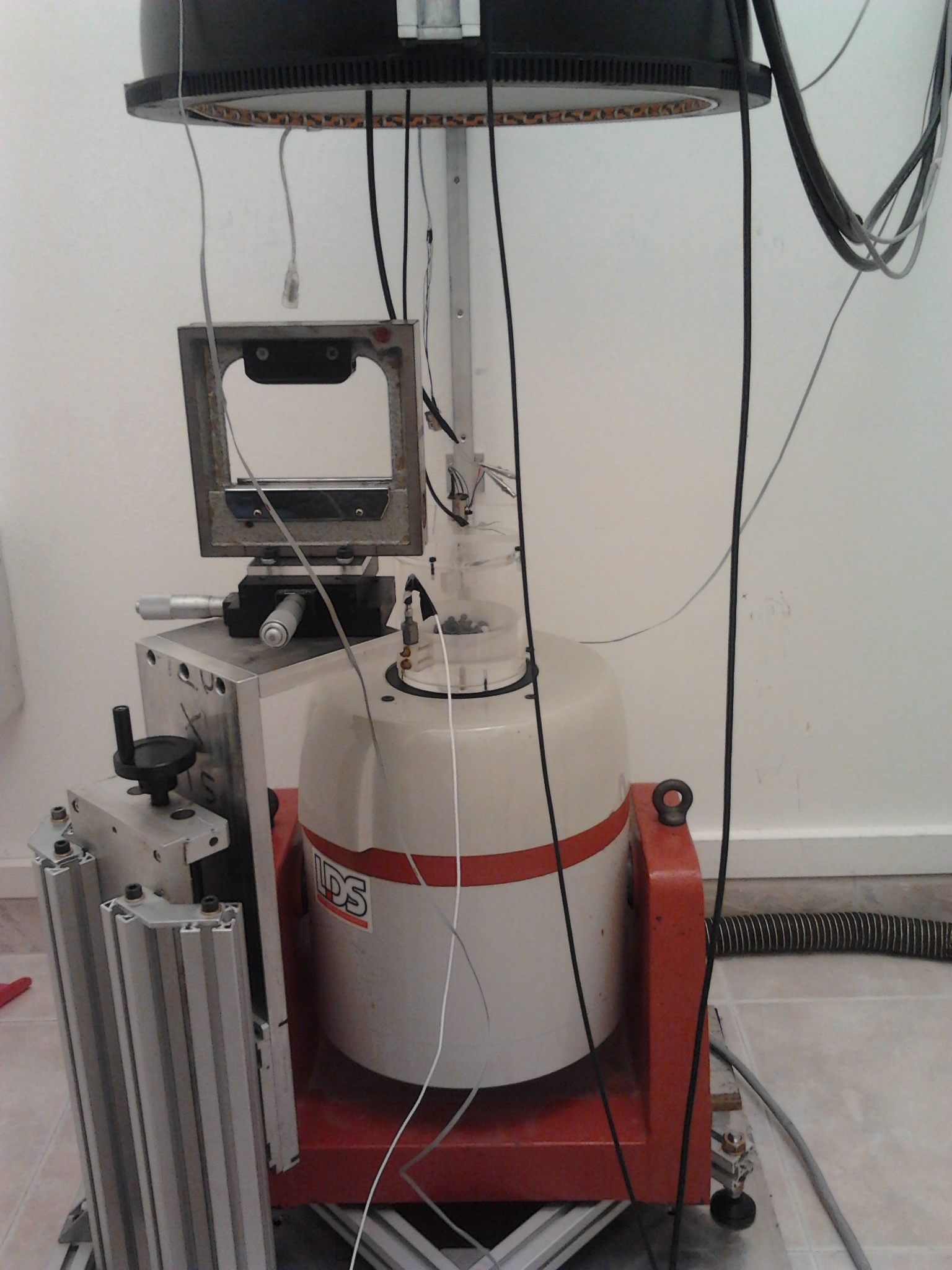 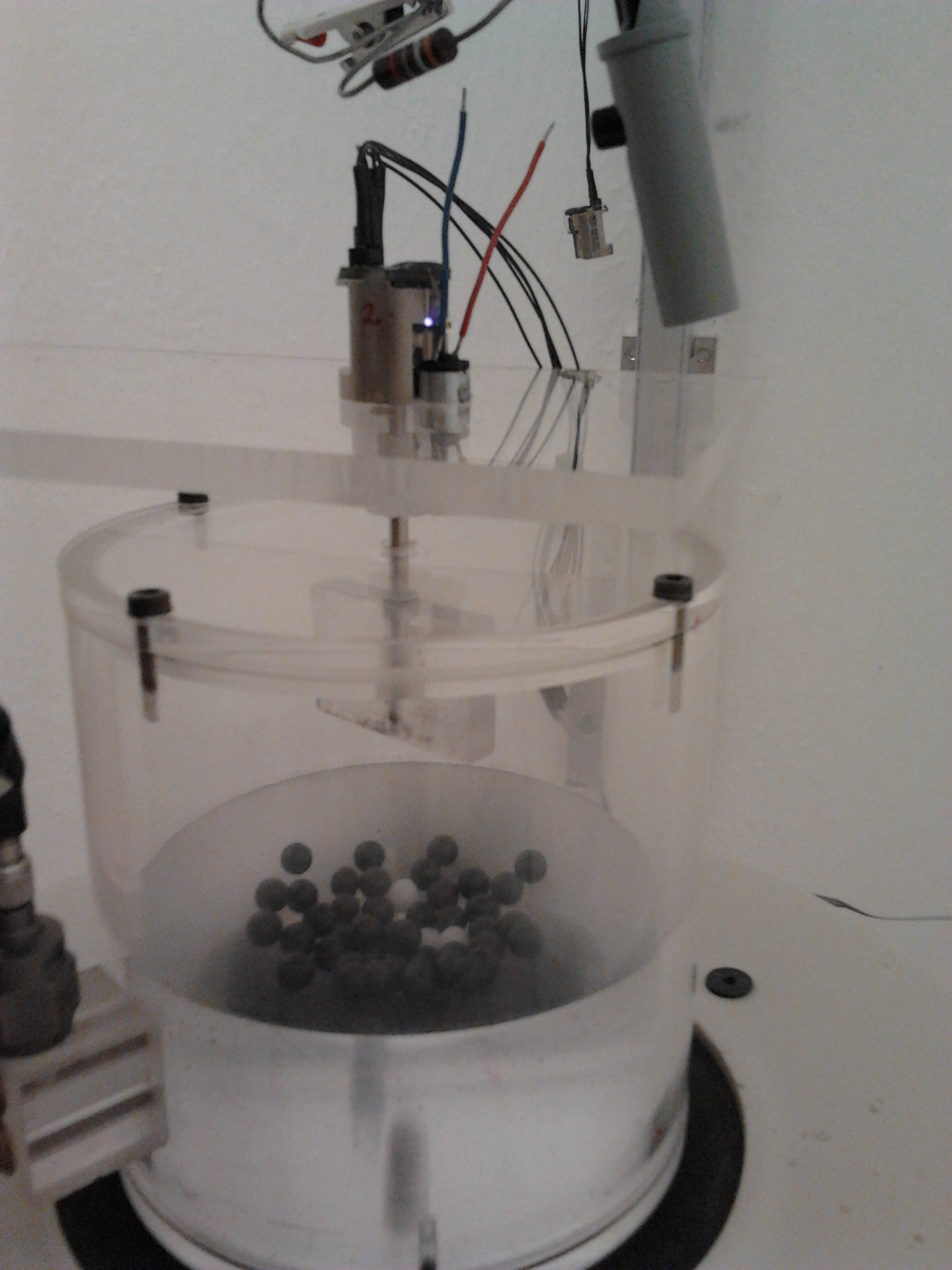 Experiments with this setup have shown

A. Gnoli, A. Puglisi, A. Sarracino and A. Vulpiani
Nonequilibrium Brownian Motion beyond the Effective Temperature
Plos One 9, e93720 (2014)

The second setup has revelead to be ideal for a closer comparison with granular kinetic theories and hydrodynamics. Such a comparison has revealed an unknown important effect: the presence of thermal convection induced only by dissipative collisions with the lateral walls.