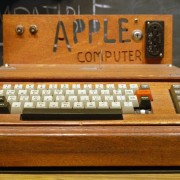 Mario Mulansky was hired in 2014 to work at ISC as an experienced researcher (ER) within the Marie Curie Initial Training Network NETT (Neural Engineering Transformative Technologies). He joined the Computational Neuroscience lab at the Sesto Fiorentino node to work under the supervision of Thomas Kreuz (Data Analysis) and Alessandro Torcini (Network theory).

During his time at ISC Mario developed measures to estimate the synchrony within a set of neuronal spike trains (sequences of electrical action potentials emitted by neurons). New measures comprise the symmetric SPIKE Synchronization and, most recently, the directional SPIKE order which allows to sort sequences of events from leader to follower. Mario used his software engineering skills to contribute to the graphical user interface SPIKY (Matlab) and to develop the open-source library PySpike (Python). These software packages are used not only in neuroscience but are also applied to discrete data from many other fields of research.

Mario was contacted by an Apple recruiter who apparently was impressed by his numerical programming skills, in particular his work on the Odeint-library for numerically solving Ordinary Differential Equations (in collaboration with Karsten Ahnert).

Mario will start his new job in California in June 2016. We are sad to let him go but wish him all the best for his future career.
References for further information: