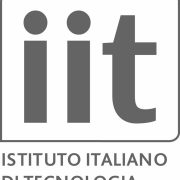 The study of self-organization and collective behaviour encompasses fields diverse as statistical physics, ethology, mathematical biology, control theory and cooperative robotics. 3D animal aggregations, such as bird flocks, fish schools and insect swarms, provide wonderful examples of emergent self-organization. The major issue, both for theoretical studies and technological applications, is to understand how self-organization emerges within a system with distributed intelligence. Several multi-agent models of flocking and swarming exist, which produce collective behaviour starting from simple rules followed by the individuals. Yet, due to the lack of 3D large-scale data, these models are hardly tested against quantitative observations. Moreover, the rules of interaction among the agents are guessed on the basis of common sense, rather than being quantitatively modelled on empirical observation. This is a severe limit. In biological groups, individual strategies are selected by evolution to achieve functioning and overall efficiency at collective level. Thus, empirically based information on these strategies would not only lead to more appropriate models, but also help to design optimal control strategies in artificial systems.