The taxonomy for midges is quite complicated. They are insects of Order Diptera, Suborder Nematocera, and Infraorder Culicomorpha. Within the parks of Rome, we have typically found two Families of midges: Chironomidae and Ceratopogonidae. The stereo microscope enables us to determine sex of the midge as well as the family. Male midges have very distinct looking antennae: many flagellomeres (segments) with whorls of long setae leading to its plumose appearance, while females have antennae composed of fewer shorter flagellomeres with more sparse setae. To distinguish between the two Families, we examine midge’s flagellomeres . Chironomidae have rod-like flagellomeres while Ceratopogonidae have ball-shaped flagellomeres. The difference between the two types can be seen in a comparison of Figs. 7 & 10. Further classification into Subfamilies, Genus and Species can also be accomplished using the stereo microscope to scrutinize other morphological characteristics of the midge, namely the wings and legs. The primary aspect to examine in the wings is the veins, especially their distribution pattern. The legs of a midge have five segments and the ratio between the lengths of various segments can be a classifier. To truly identify a midge to the Species level requires looking at the “hypopygium” i.e. the male sexual organ in midges. This process involves dissecting the midge to remove the hypopygium and mounting it on a slide to be examined under the compound microscope. Unfortunately, this means that it is not possible to identify precisely female midges. 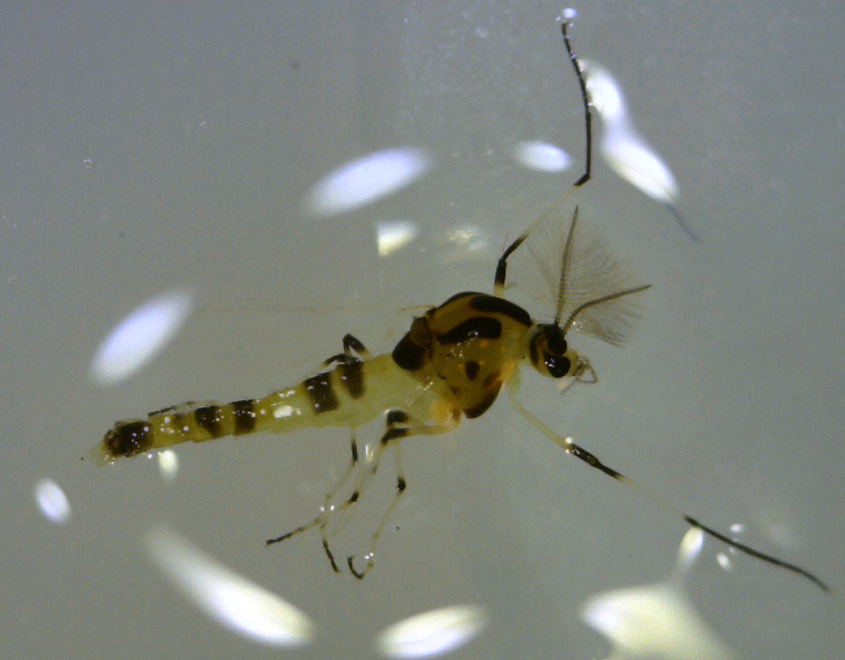 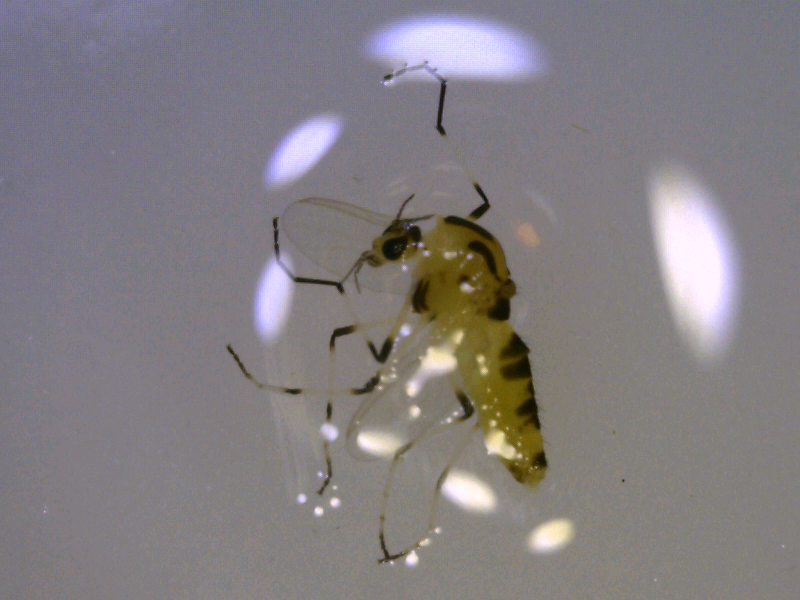 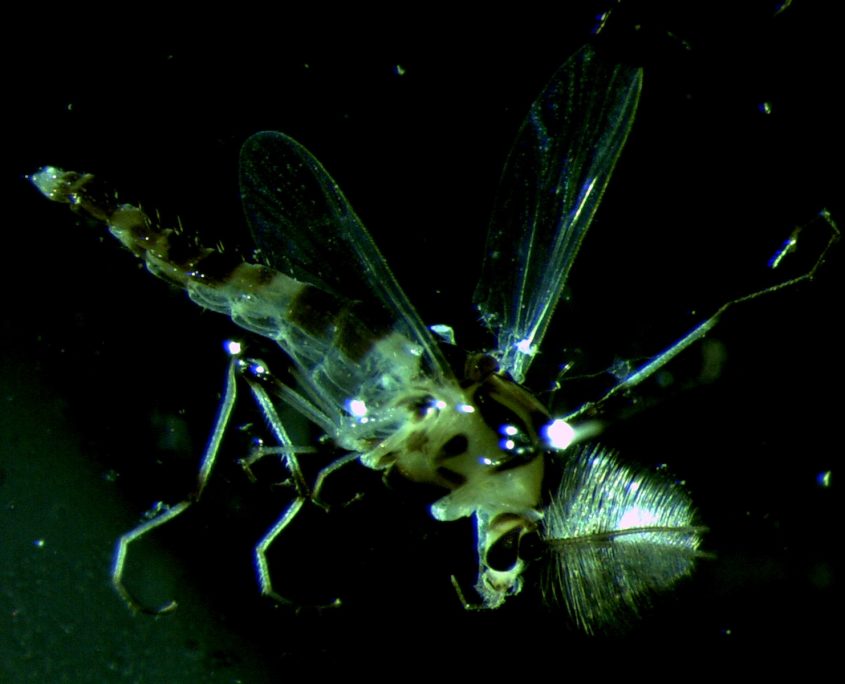 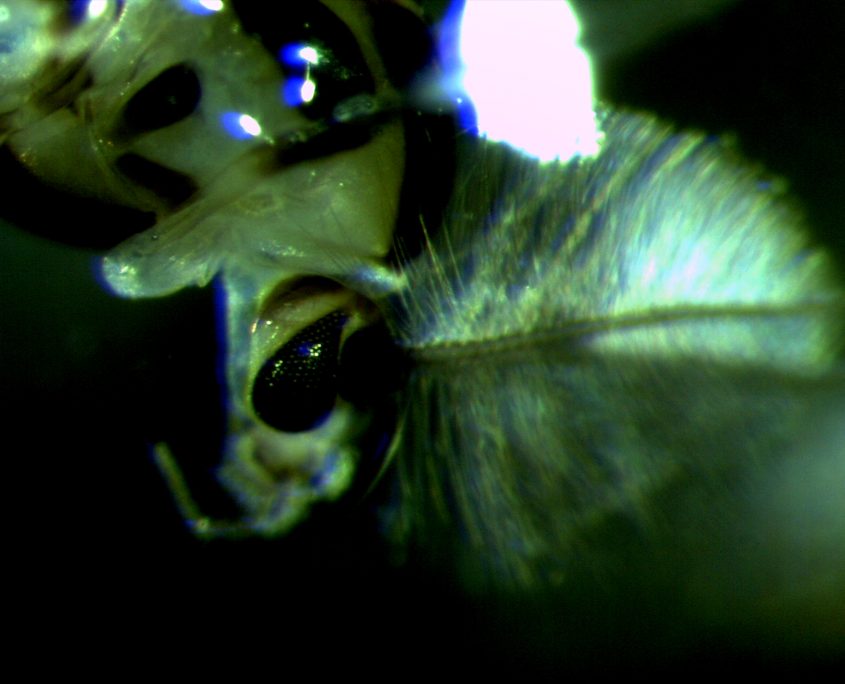 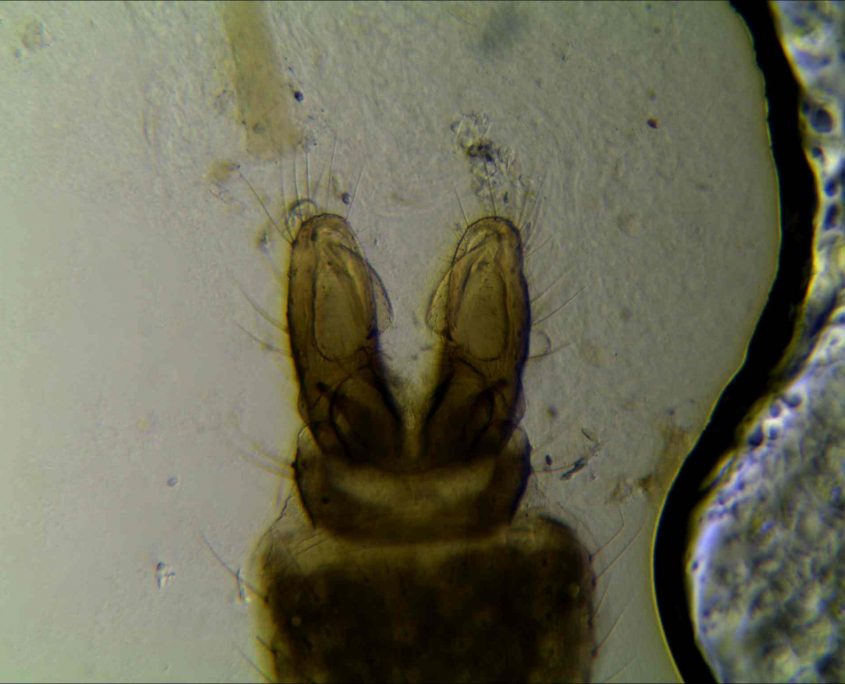 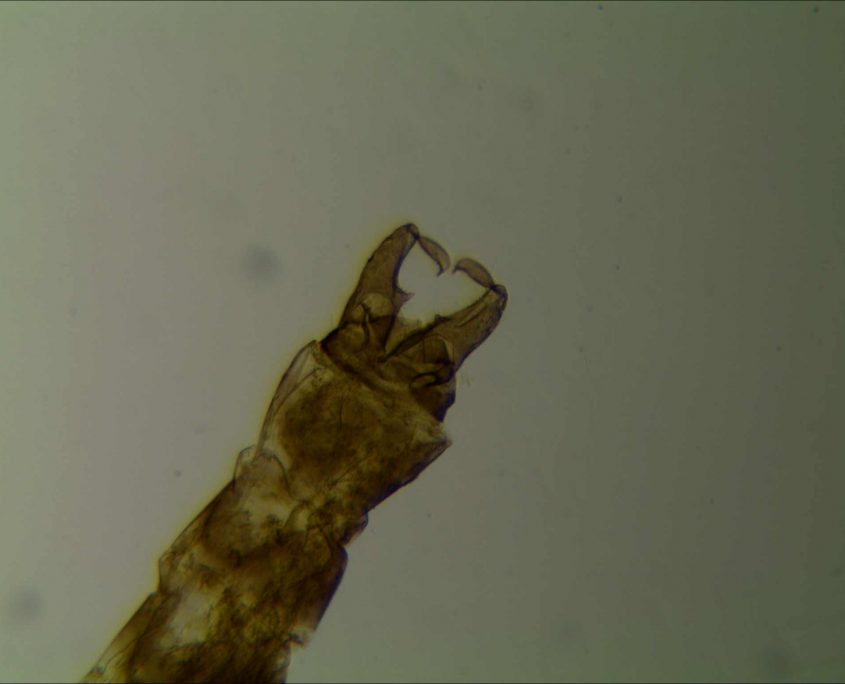 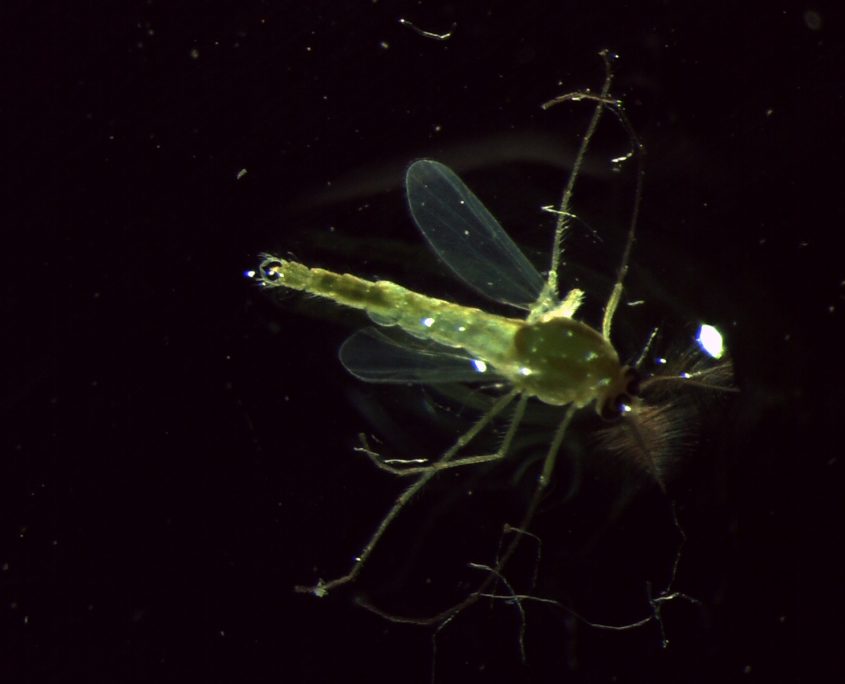 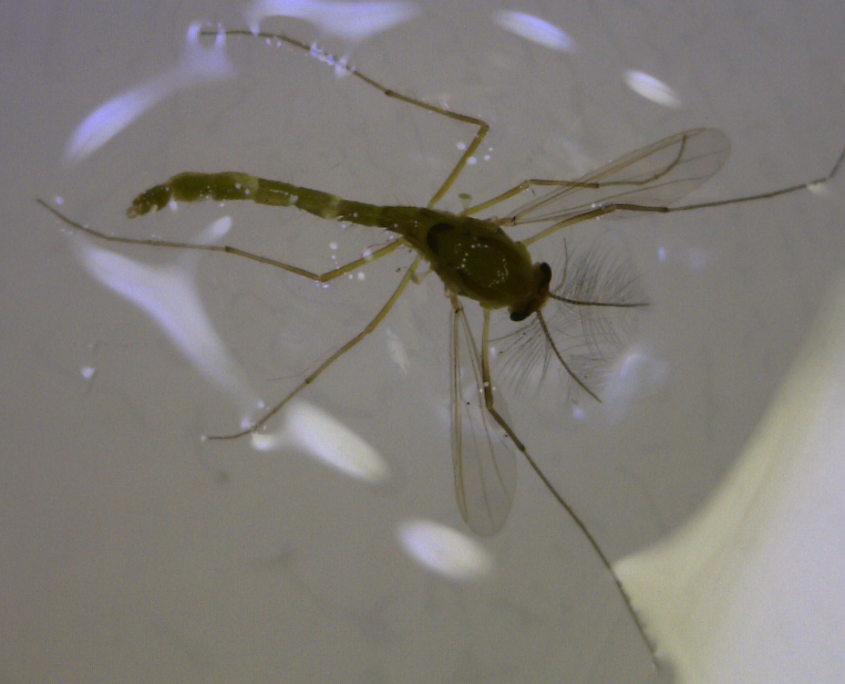 Figs. 1 – 4 are Subfamily: Orthocladiinae, Genus: Cricotopus, Species: Sylvestris
Figs. 5 and 6 show close ups of the hypopigium of two different midges. Fig. 5 is the same Species as Figs. 1 – 4 i.e. Cricotopus Sylvestris, while Fig. 6 is Nanocladius Rectinervis.
Figs. 7 and 8 show another species of midge that is common in Rome: Chaetocladius Piger. 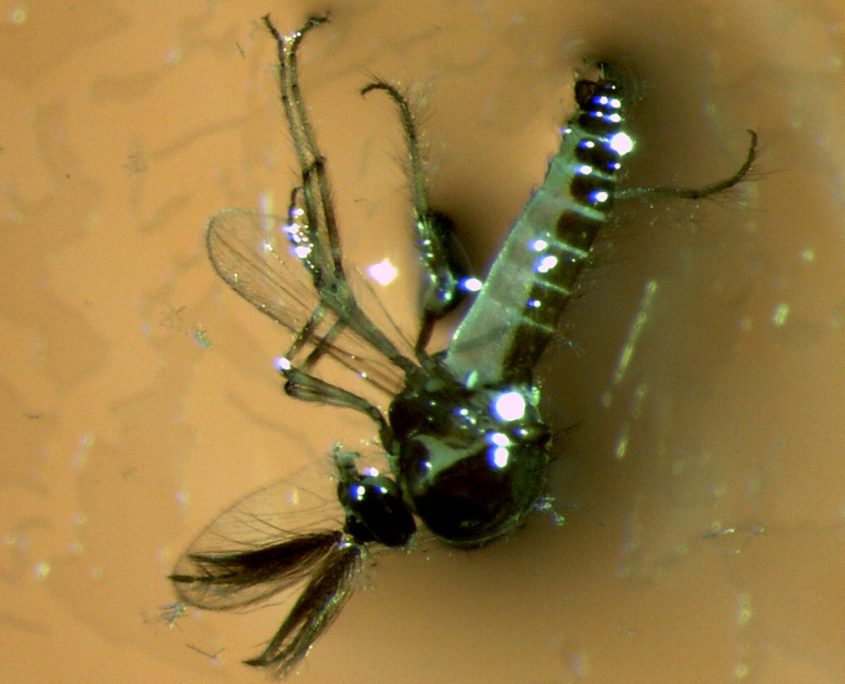 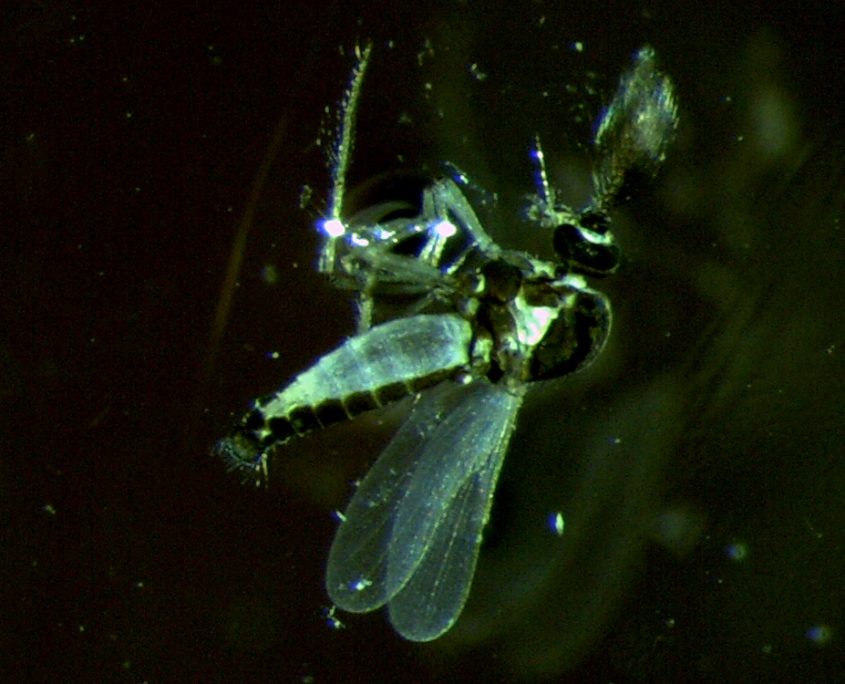 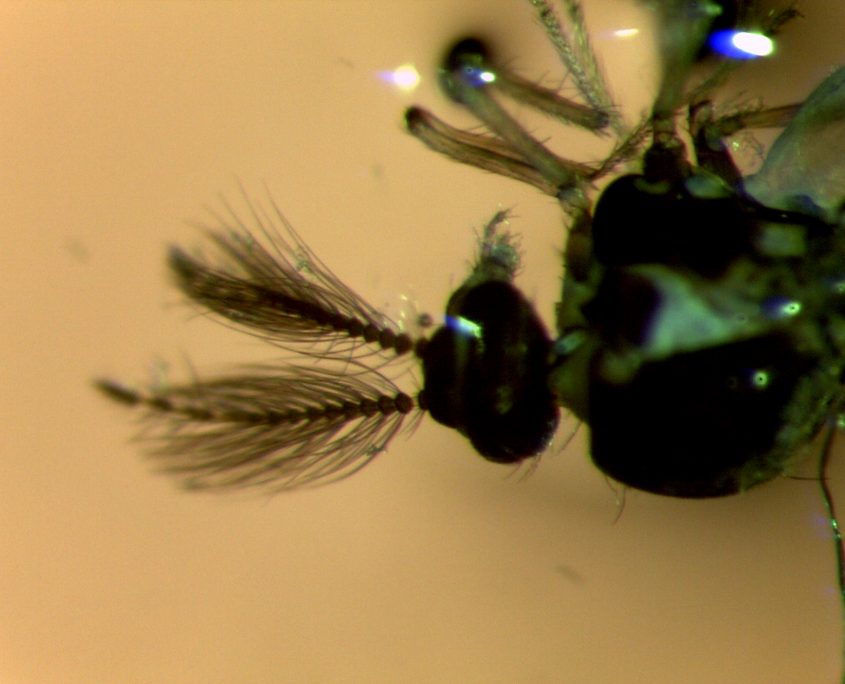 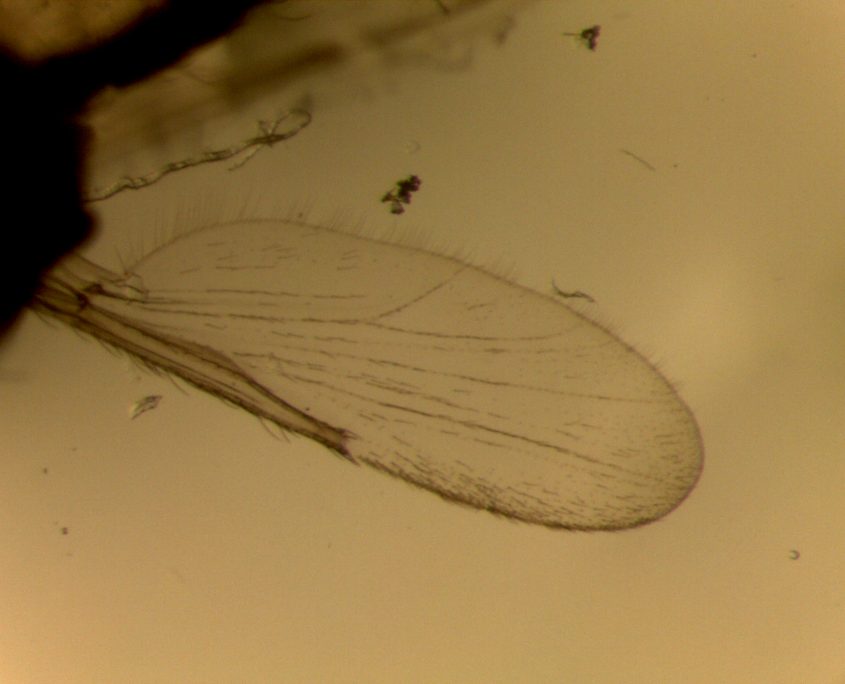